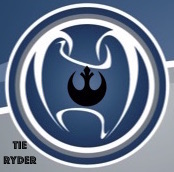 “The Empire Strikes Back is boring.” Those were the words that came from my 10-year-old son’s mouth several months ago. After I recovered from the sheer shock I had just experienced, I checked my son for any possible head injuries. After running him through an NFL-level concussion test, I decided it must be something else that caused this nonsense to come from my son. He is a very intelligent boy so something had to be wrong. The Empire Strikes Back is my favorite movie of all time. Surely my son didn’t mean what he said. So I asked him if he was just joking. He assured me nothing was medically wrong with him, he was not joking, and this was his honest opinion. He said he likes TESB, but it’s just kind of boring to him. He also likes Pacific Rim and no one in their right mind likes that movie, right? (I’m looking at you, Cory Clubb.)

I then went to my 8-year-old son and he agreed with what my 10-year-old said. Maybe it was bad parenting. No, that couldn’t be it. So I had to make sure they were both actually my sons. After a long discussion with my wife about their paternity she assured me that they were both my sons, and that they just disagreed with my opinion about The Empire Strikes Back. All three of my sons (I also have a 4-year-old) love Star Wars. They all have different favorite Star Wars movies: Attack of the Clones, Revenge of the Sith, and The Force Awakens. My favorite Star Wars character is Darth Vader, but he is not the favorite of any of my sons. And that’s ok. In fact, it’s awesome!

As you know, Star Wars fans can be amazing and usually are. The singing of the French national anthem at Star Wars Celebration Europe during a moment of silence for the victims of a terrorist attack in Paris is proof of that. But sometimes we get a little cranky with each other when we don’t agree on all things in the Star Wars galaxy. Just bring up online the old debates of prequel trilogy vs. original trilogy, Hayden Christensen, Jake Lloyd, Jar Jar Binks, Han Solo movie, or Ewoks and see what happens. You will get a myriad of opinions on all of those topics and those discussions can get pretty heated.

We have these debates about sports all the time. CWK blogger Mike Audette and I go back and forth quite often on Twitter about the New England Patriots and Denver Broncos. I love the Super Bowl champion Denver Broncos, and Mike is wrong. No big deal. I consider Mike a great friend. I’m never going to convince Mike that he should be a Broncos fan and he’s never going to convince me that the Patriots aren’t the Palpatine of professional sports. But we will always agree that we love football and we love Star Wars. (Don’t tell Mike that I think Tom Brady is amazing, actually.)

Talking to my sons about this helped me realize even more that we all can be and are Star Wars fans even though we like different things in Star Wars. My 10-year-old wasn’t trying to be rude and I certainly wasn’t going to hate him because his favorite film isn’t The Empire Strikes Back. So why would I hate someone else for not agreeing with my opinion? It can actually be fun to have the debates. I’ve spent a lot of time trying to convince my kids that TESB is the best movie of all time, but I still haven’t changed their minds. And to be honest, I really hope I don’t change their minds. I want them to disagree with me. I want them to try to convince me that they are right. Unless they are trying to convince me to see Pacific Rim 2. We may have to settle it with lightsabers if it comes to that.

Thanks so much for reading my blogs each month. I do appreciate it. If you’d like to have any friendly debates on Twitter you can contact me @ryderwaldrondds or email me at ryderw@coffeewithkenobi.com. And remember: